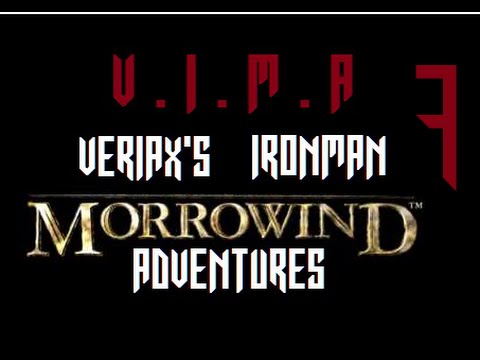 Veriax’s Ironman Morrowind Adventures, is a series in which I play a randomly selected character from a pre-determined list, and play them through the game until they a) die or b) accomplish a pre-determined goal, in which case I can retire them and start as a new character

I’m playing the game on default difficulty in this video, and have installed a number of mods to add to the gameplay. None of these change the game dramatically, but either add to immersion, improve on what was already there, or are nice graphical changes.

The mods used throughout this LP can be found in the description here:
Equally, if you wish to suggest a mod I might use, please do so in the comments section to that video.

Uploads will be around one hour long each, so if a character’s story ends mid-video, I’ll start another character until an hour’s gameplay has been done.