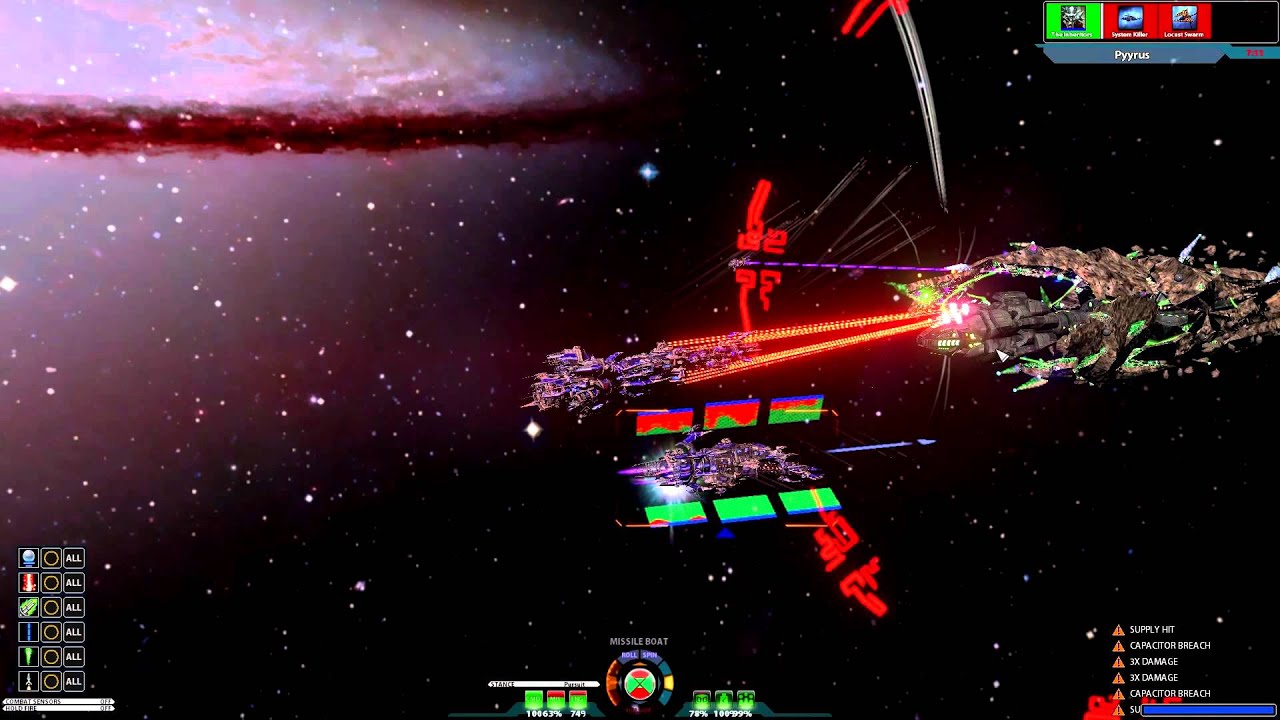 Hey everyone, last week I put out a video of some early game combat as Sol Force. Over the past couple of days I have been trying very hard to get up to leviathan on my Zuul game and succeeded tonight.

The following video is a weapons test for my Zuul Lev + combat against a dual team of Swarm and a System Killer with my Lev, two Dred, Cruiser fleet.

I was able to get up to turn 493 with no problems with Friday’s patch after applying a temporary fix for random encounters.

See my post on the Steam User Forums for SOTSII for more info on what I found weird with the game after Friday’s patch.

In case you are wondering why I am sitting still against that S. Killer, the movement is still a bit wacky. In a part I recorded but did not include here my Lev was flying off in the opposite direction of the target no matter what orders I gave it when I tried to move around behind the thing.