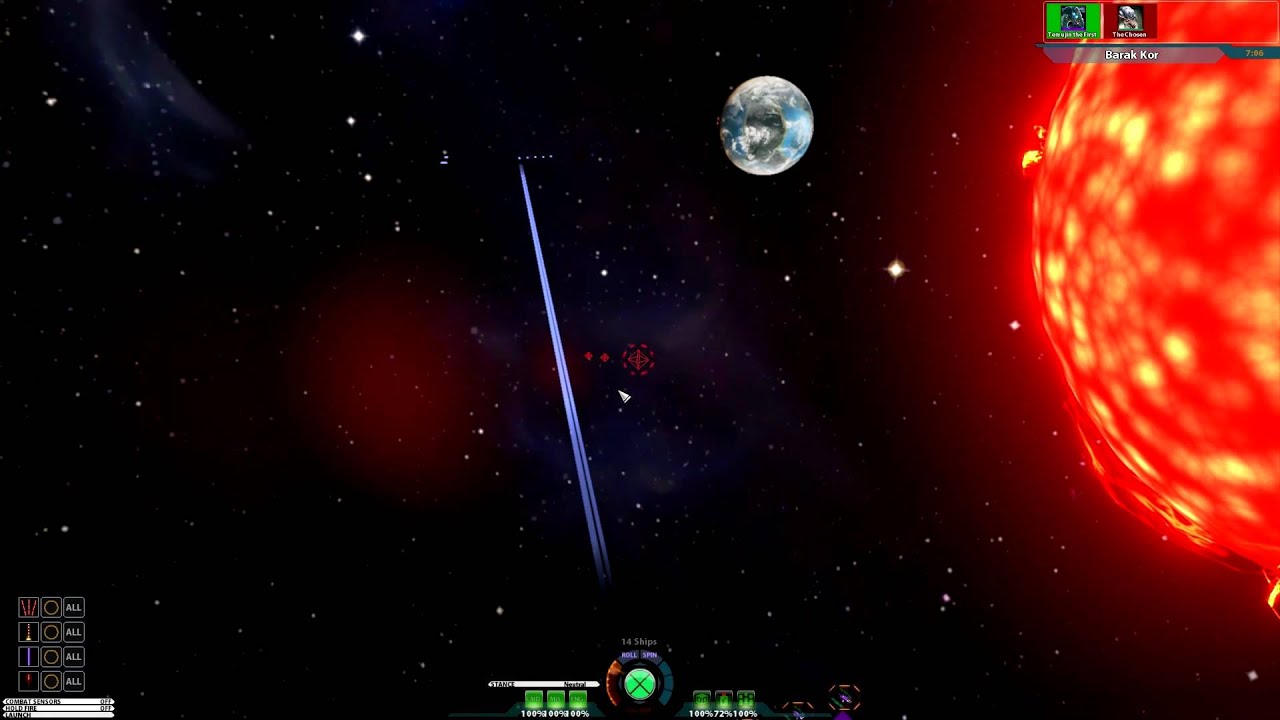 Hey everyone, back with another SOTSII video. This time from my Morrigi game. I was able to research a crap ton more tech in this game and got pretty high in the weapons technology.

I was not able to get much of it into this video though because of time constraints. Just started by BS yesterday so I had nearly no time to try and get this footage recorded on Monday.

Multifleeting, I found, is not possible. That was one goal to try and figure out here. However I think it was a case of multiple empires in my previous video; so the SK and Swarm must be considered separate races to the game code instead of just “random” or “neutral”.

My favorite weapons unlock this time around was the MIRV Missile; seeing five missiles becoming 25 and totally owning enemy ships was just too cool.

I also caught some of that weird AI action like I mentioned in the previous video where the ships were acting contrary to my orders. My Lev and Dred ended up very separated from the rest of my ships at the end.

I also wanted to try Battle Riders out since someone was mentioning they did not work; I wanted to confirm or disprove that. Turns out they do work. I was also able to make much larger fleets this time because I had access to more of the CnC tech then on my Zuul game. I was able to make a fleet with 123 CP compared to my 99 CP on the Zuul game with the Lev.