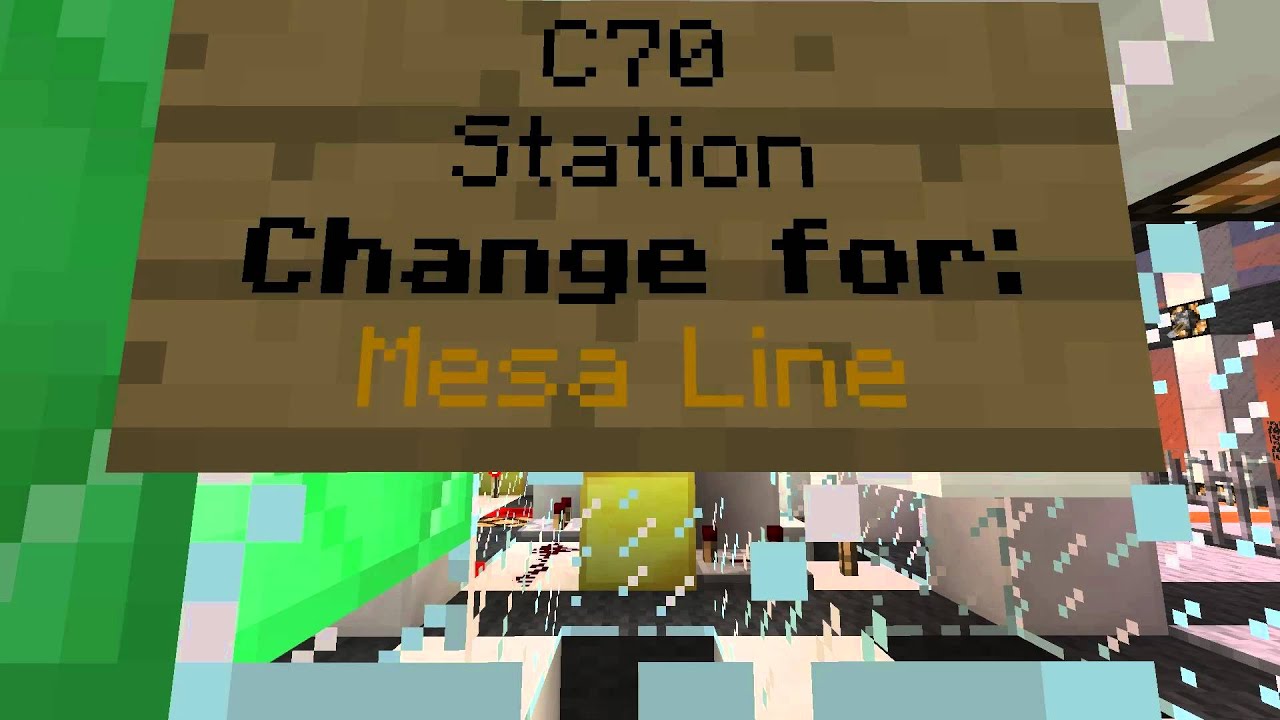 This is a minecart journey on the Circle Line, one of the 11 initial lines being built on the new world on the Minecart Rapid Transit server. This line was built by _MajorMagpie_ and _frozen, both moderators on the server, plus with help from others.

The journey begins at C1 Station, and travels through all of the 119 stations in clockwise direction around the whole world. Stations are initially unnamed, and are coded with the line’s letter (In this case, “C” for Circle stations), followed by the station’s number. The official colour for this line is Dark Grey. It takes about 2 hours and 18 minutes to travel the whole line, but this timelapse is sped up to 4x speed to make the video shorter.

The station used in this line is the Minecart Rapid Transit Station version 5, designed by me, Frumple. MRT v5 is not publicly available yet, though I hope to release it and create a video for it soon.

The new world on the MRT Server is also not yet open, as other lines and projects are still being built by the staff members. We hope to open the new world to the public within the next couple months.

Special thanks to _MajorMagpie_ for heading this project and making it a reality, _frozen for finishing up the last parts of the line, and everyone else for pitching in their assistance to get this final line finished for our launch date.

“When It Rains It Pours” by Sebastian “Wayfinder” Grillmaier

Game admin - June 19, 2020 28
😍Subscribe for more videos: 😍Download This Game: 😍About This Game:Halloween is coming to Tank Stars and to celebrate the most terrifying time of the year...