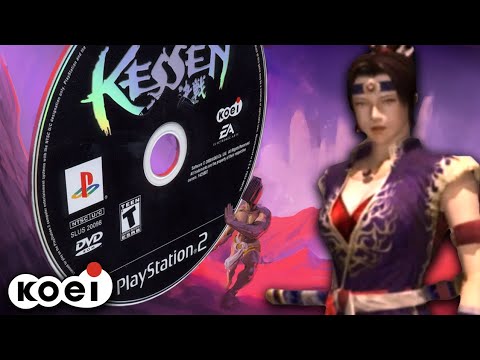 Our very own sisyphean slamajam brings us to Kessen

If you ever wanna gaze upon the splendorous glory of really big hats, this is probably the only game that lets you do that.

“…the benchmark for the PS2 in both graphic presentation and gameplay.”
-IGN.com

Take command of one of the greatest conflicts in history and determine the fate of a nation.

COMMAND THOUSANDS OF TROOPS…
Guide your armies into epic, decisive battles and shape the destiny of a nation.

UNLEASH THE POWER OF DVD FOR THE PLAYSTATION 2…
Beautiful, rich environments and ultra-detailed, storied characters will dazzle the eyes and imagination.

ARCHERS, INFANTRY, RIFLEMEN, CAVALRY, ASSASSINS…
Interact with over a hundred 3D characters on screen at once.

BETRAYAL, ASSISTANCE, REVENGE…
The warmth and frailry of human bonds each find expression in this drama of war.