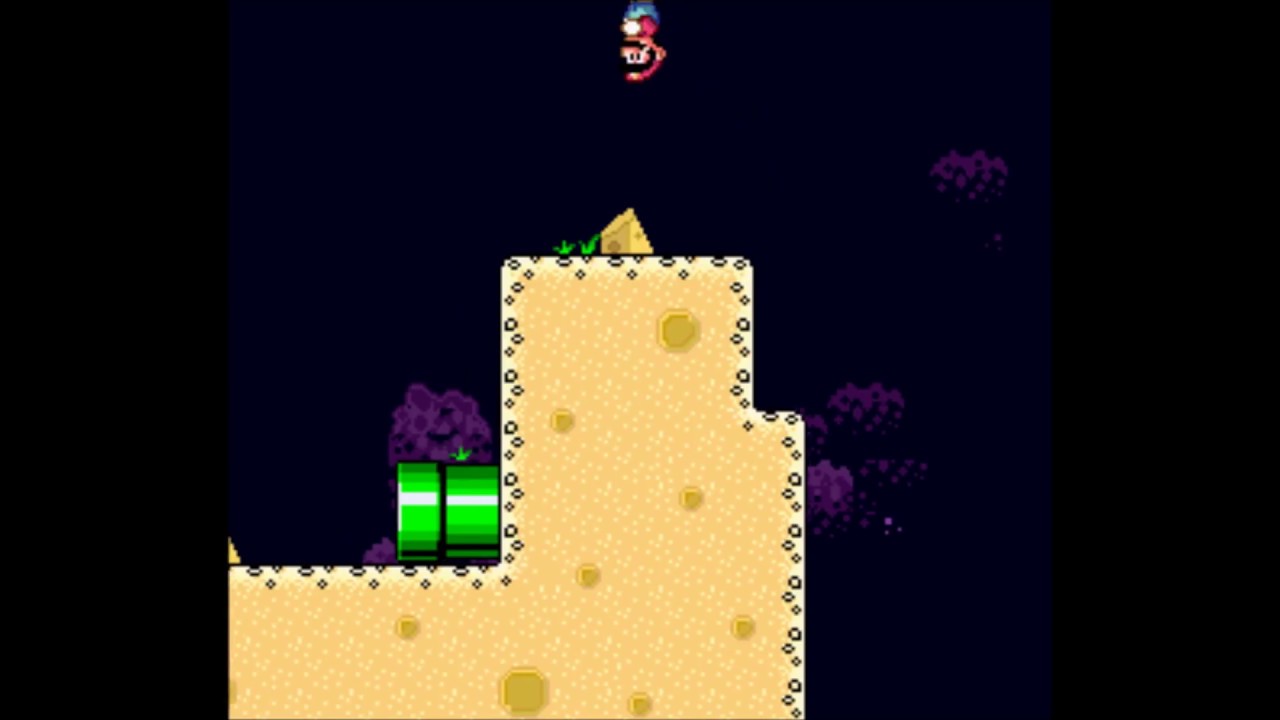 By: admin
In: Game
With: 3 Comments

This was a super fun level that I had the privilege of collaborating on with Blue Leaf! It was an absolute blast making this level, even though we were both super rushed at the deadline (which was entirely my fault lol). This was super fun to make, Blue Leaf is an all around awesome dude and a fantastic designer, and the gimmick was really fun to work with. All our aesthetic ideas started out very serious and gradually became more silly until we settled on cheese. I think we both agree the result is quite Gouda. Interestingly enough, the song was essentially the beginning of this level. We wanted to make a space level using the really nice GBA Lilo and Stitch soundtrack that had just been ported on SMWC, and the level gradually became very VVVVVV inspired. Also, I was eating some cheese when this level was made (and I was in space too). If you are watching this level and haven’t played it yet, go play it! And while you’re at it, play the other CLDC entries too!

If you liked this level, expect more in terms of collaborative work between Blue Leaf and I, perhaps in a certain jump half?? 😉