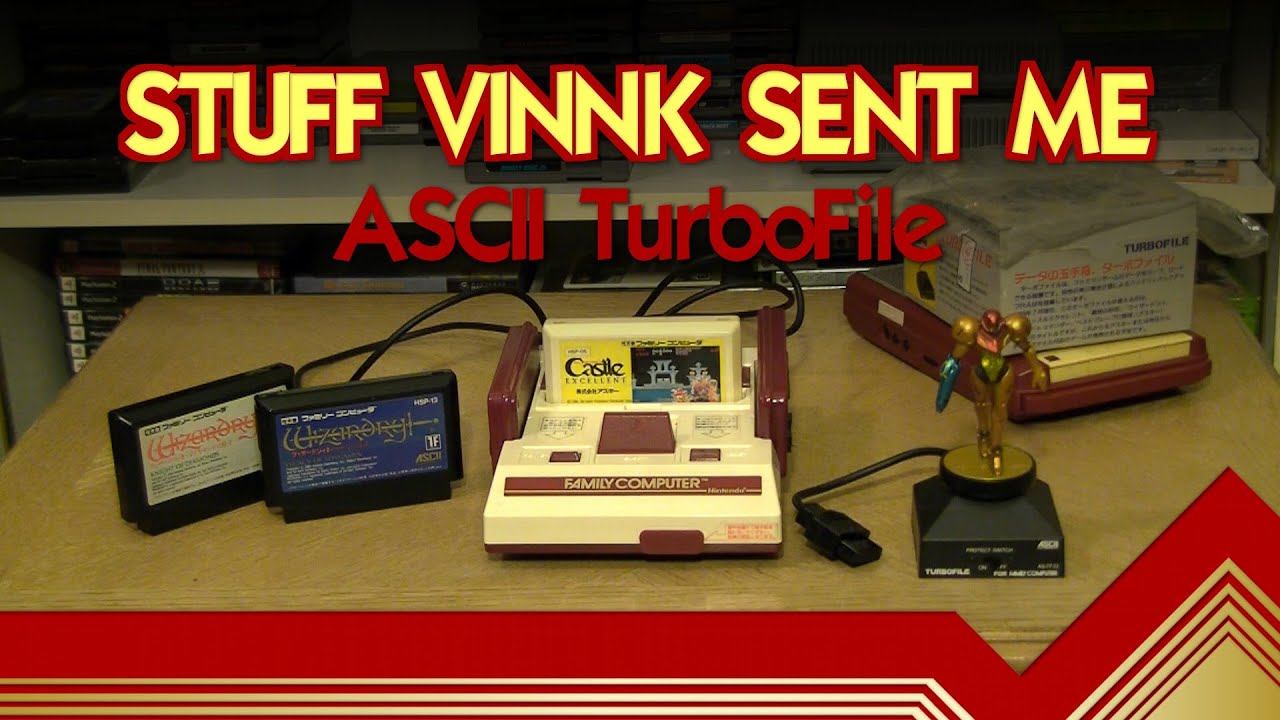 The TurboFile by ASCII Corporation is an off-cartridge storage device developed at a time when the Famicom Disk System was not yet released, and battery backup cartridges were still too expensive for Nintendo to produce. It could only save one game at a time, and there way no way to know which game it was if you owned several that were compatible, but that didn’t stop ASCII from making several variations — not only for the Famicom, but other consoles as well.

We didn’t have one when we did our review of the Famicom Data Recorder, but supposedly it is compatible with Castle Excellent. Is that true? We find out!

SeanOrange is a retro game fan from the US. Vinnk is a retro import fan who took things one step further and moved to Japan. Together they make Famicom Dojo: a web series dedicated exploring the Japanese history of video games and consoles from the other side of the Pacific.

Game admin - June 18, 2020 28
A soft spoken relaxing pencil massage. This video is also a tag for a friend, MinxLaura123, check out her ASMR videos at: These are links from...

I WANNA BE MENTOR OR APPRENTICE?

Game admin - June 21, 2020 45
become mentor or apprentice »» IMPORTANT I just want everyone to be aware that there are fake accounts of me so make sure to click the...