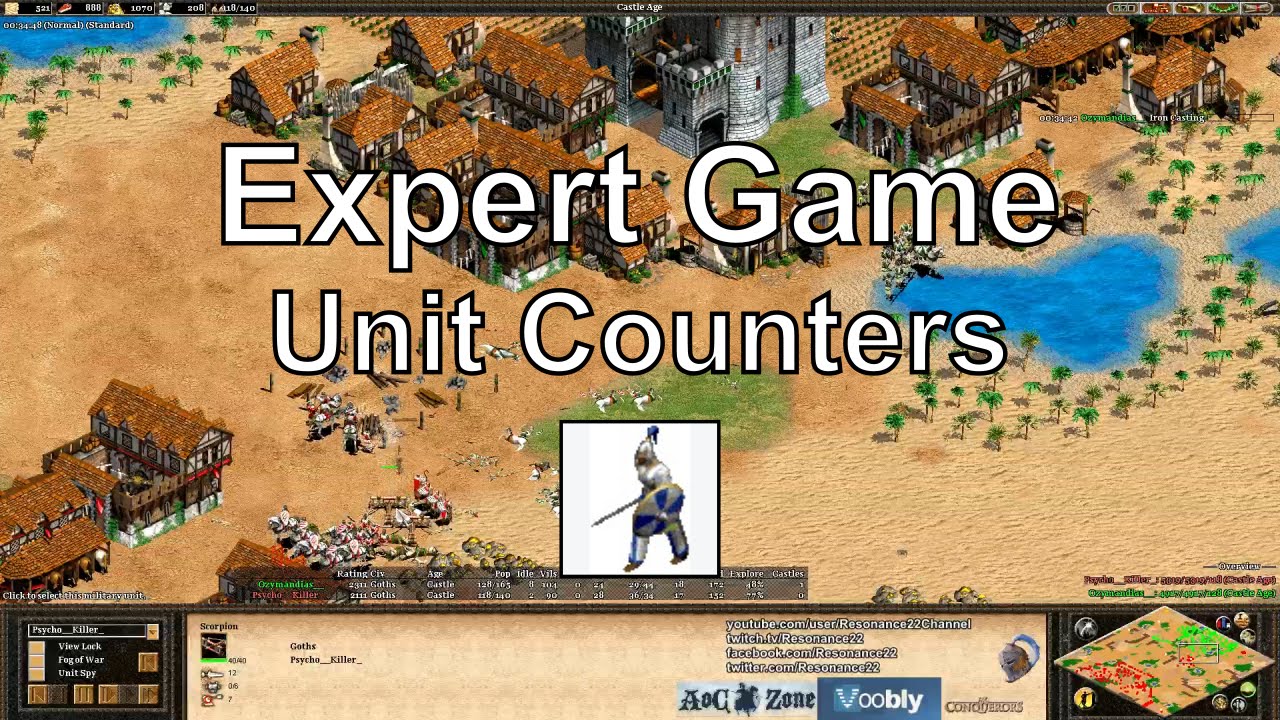 Resonance22 casts another expert online multiplayer Age of Empires 2 game, a 1v1 Goths with pro players. This is an epic Aoe2 game that showcases unit progression, counters, mindgames, advanced strategy tips, and Goths civilization gameplay in the metagame. Oh and around 24 mins in, Psycho__Killer_ gets Forging and Iron Casting also to buff his Longswordsmen vs those Huskarls, where the attack stat really matters. Thank you for supporting the content I do for games beyond just Age of Empires II!

Other Expert Aoe2 matches commentated by me:

Watch me stream these matches live at:

My “War is Coming” Tournament Commentaries:

Legal:
All of the music used in this video is from the official soundtrack to Age of Empires II: HD Edition, and comes packaged with the game.
The game is available to be purchased at the following link:

Age of Empires II © Microsoft Corporation. This video was created under Microsoft’s “Game Content Usage Rules” using assets from Age of Empires II, and it is not endorsed by or affiliated with Microsoft.